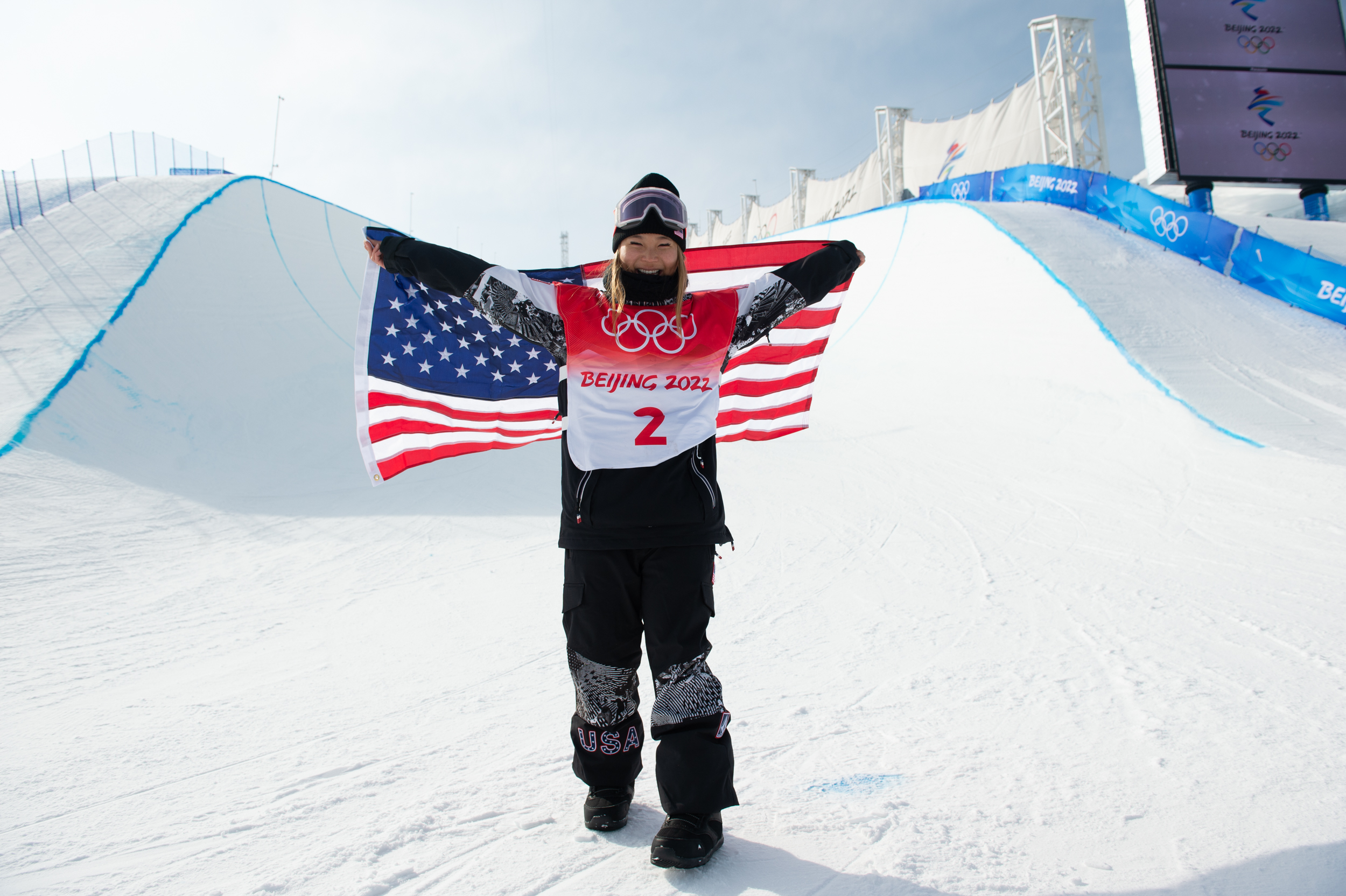 Kim quickly reminded the rest of the women's field why she's the one to beat, throwing down a high-scoring 94 right out of the gate in the first run. All 12 women in the finals gave their best, showing their progression and throwing down 1080s that haven’t been seen in previous women’s Olympic halfpipe finals, but still, no one could touch Kim’s initial statement. So in her final two runs, Kim decided to up her degree of difficulty, and go for a cab 1260. She’s landed them in practice before but had yet to attempt the trick in competition or in a 22-foot pipe. She took a couple of spills in her final two runs, but it didn’t take away from the glory of the moment.

“My butt hurts,” Kim laughed after the awards ceremony. “But it was worth it to try, 1000%, that’s what keeps me going. I’m really excited I did it. Wish I landed it but, next time.”

Before the final, Kim had struggled in practice. She only landed her run twice, which rattled her a bit, since she’s used to consistently putting it down, at least eight times before a competition she said. It was “the worst practice ever”, she said, but Kim put faith in her experience. The 21-year-old has been competing professionally since she was 13, and knew what it would take to go out and send it on the big stage. When Kim stomped her first run, she was overcome with emotion. There were still two runs left but she felt like she had already won.

“That kind of put me in a weird headspace because it felt so inconsistent,” Kim said.  “So I was just overflowed with emotion when I was able to land it on the first go and it opened up a whole opportunity for me to try something new.”

Kim has gone out of the Beijing 2022 Winter Olympics with a bang, and will head back to the United States as a freshly minted two-time Olympic gold medalist. 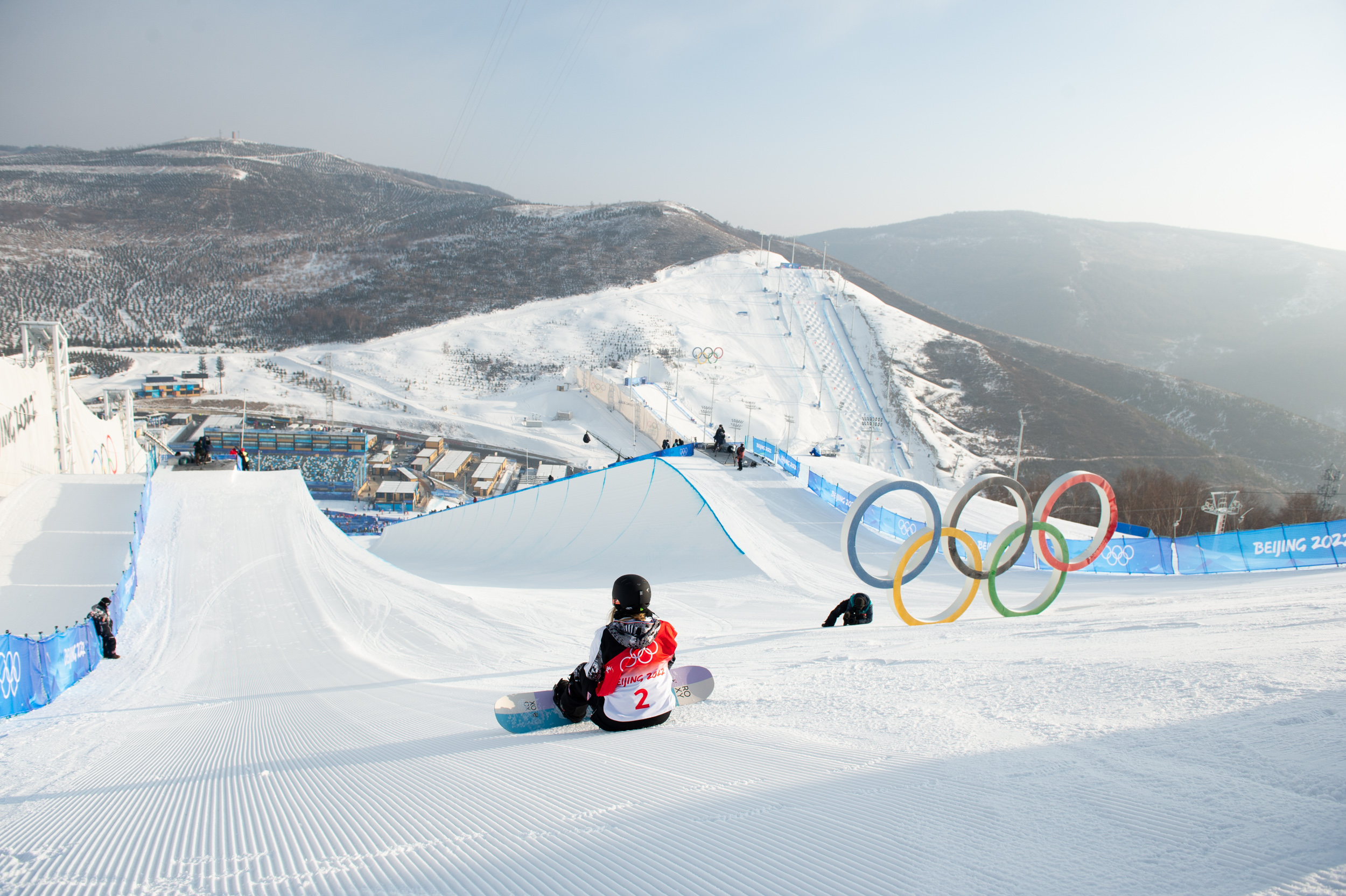 Kim preps to take on the halfpipe and defend her Olympic gold. 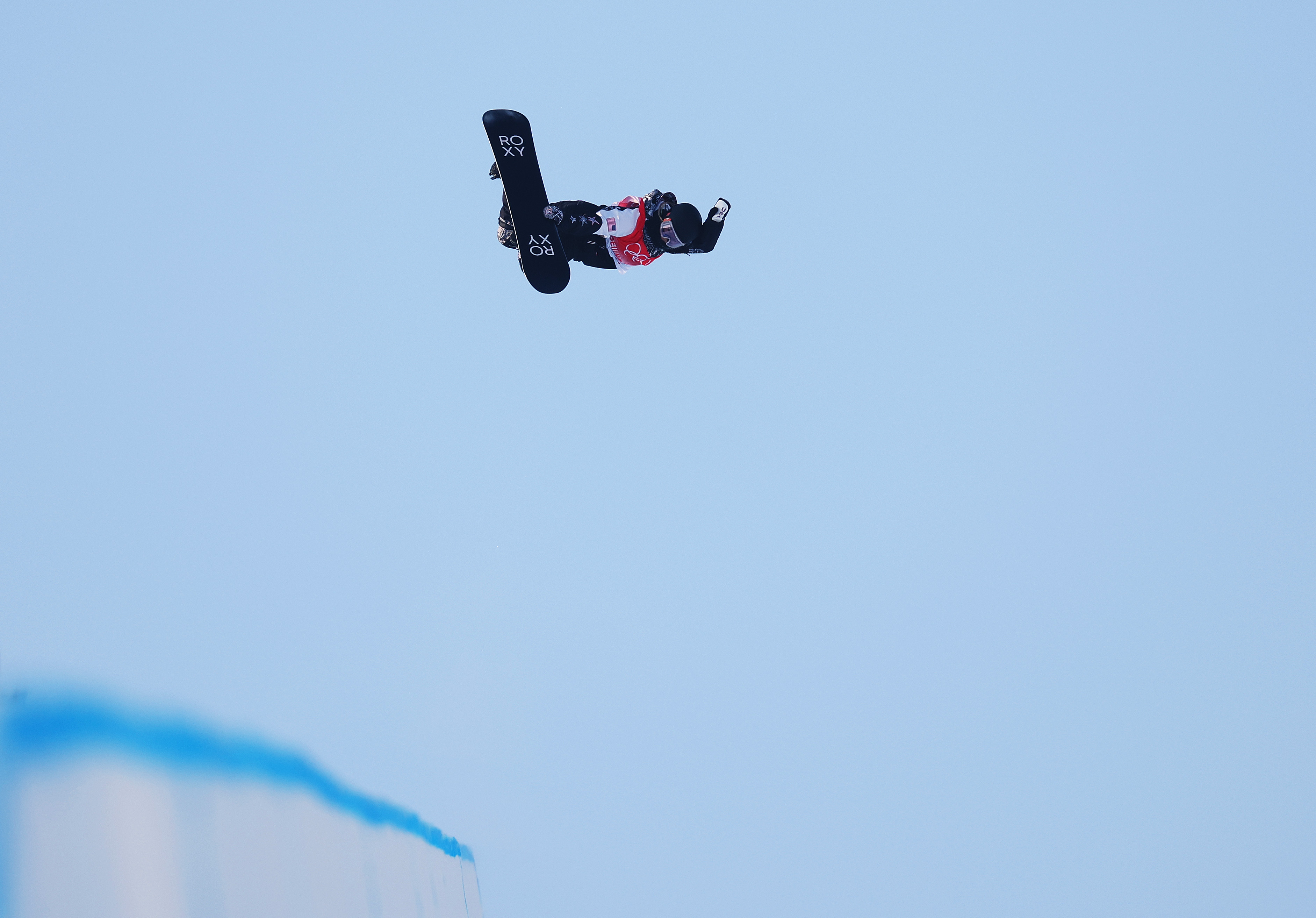 Kim lays it down in the Olympic halfpipe finals. 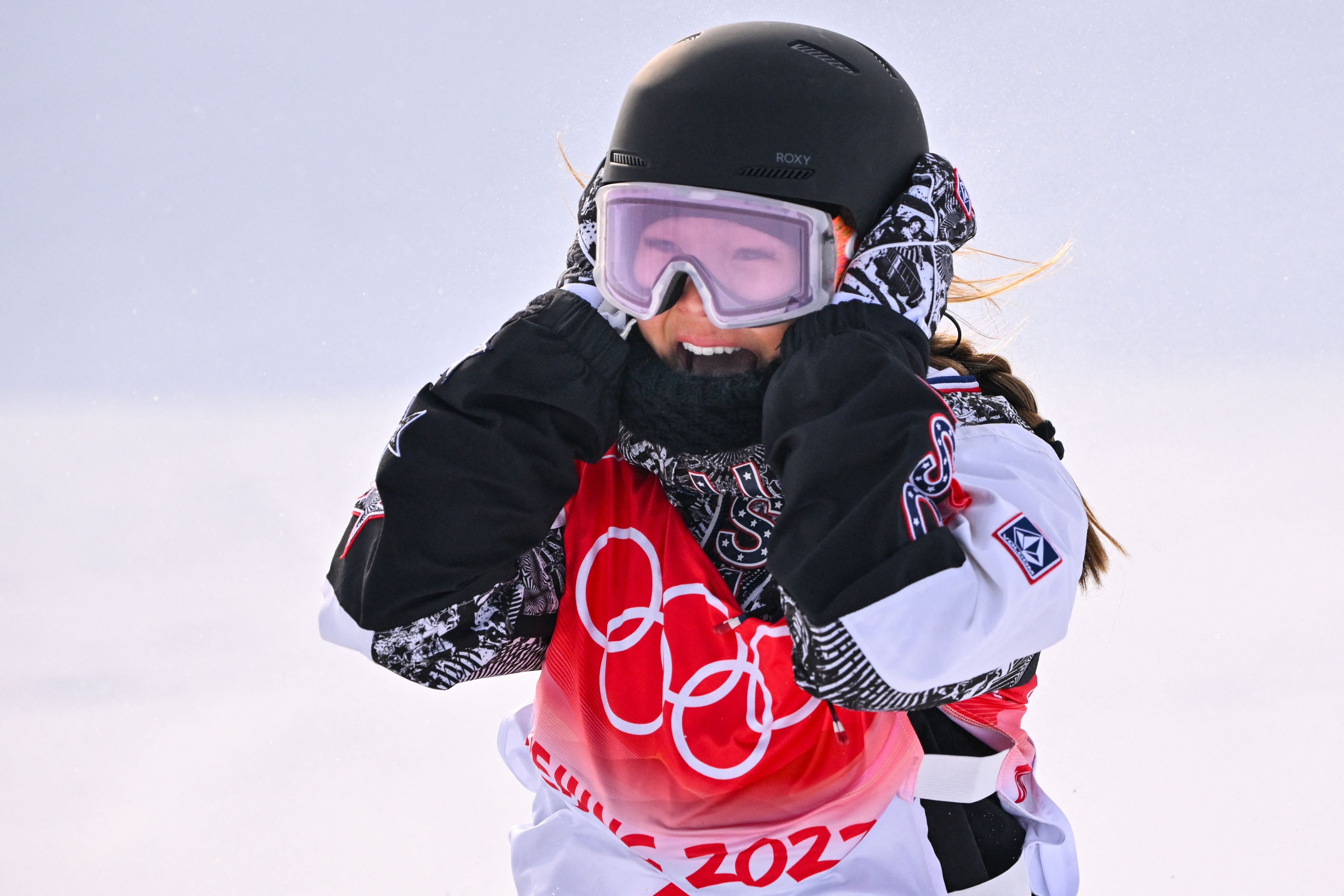 Kim reacts to her first run of the women's halfpipe final. 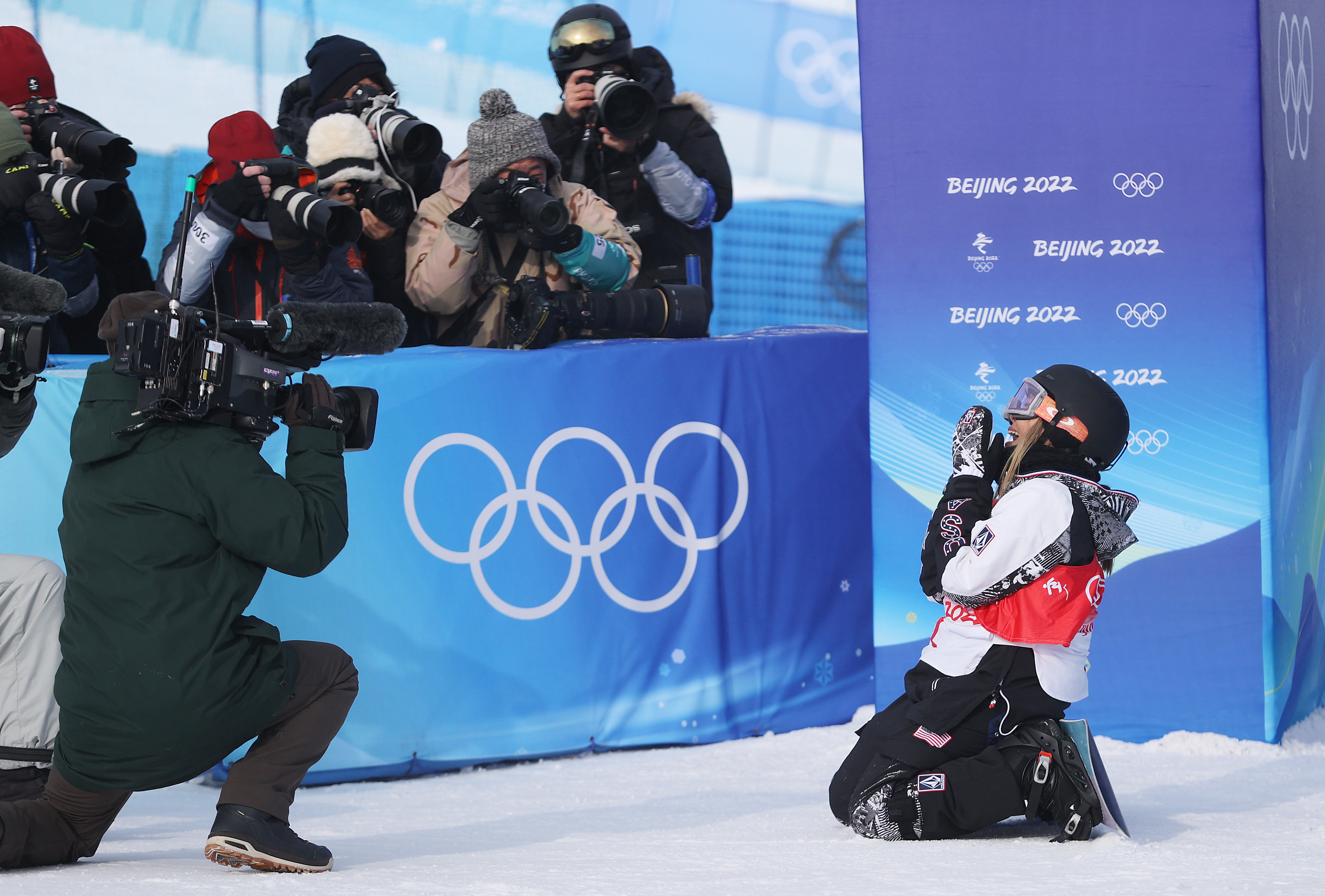 Kim reacts to the score of her first run of the women's halfpipe final. 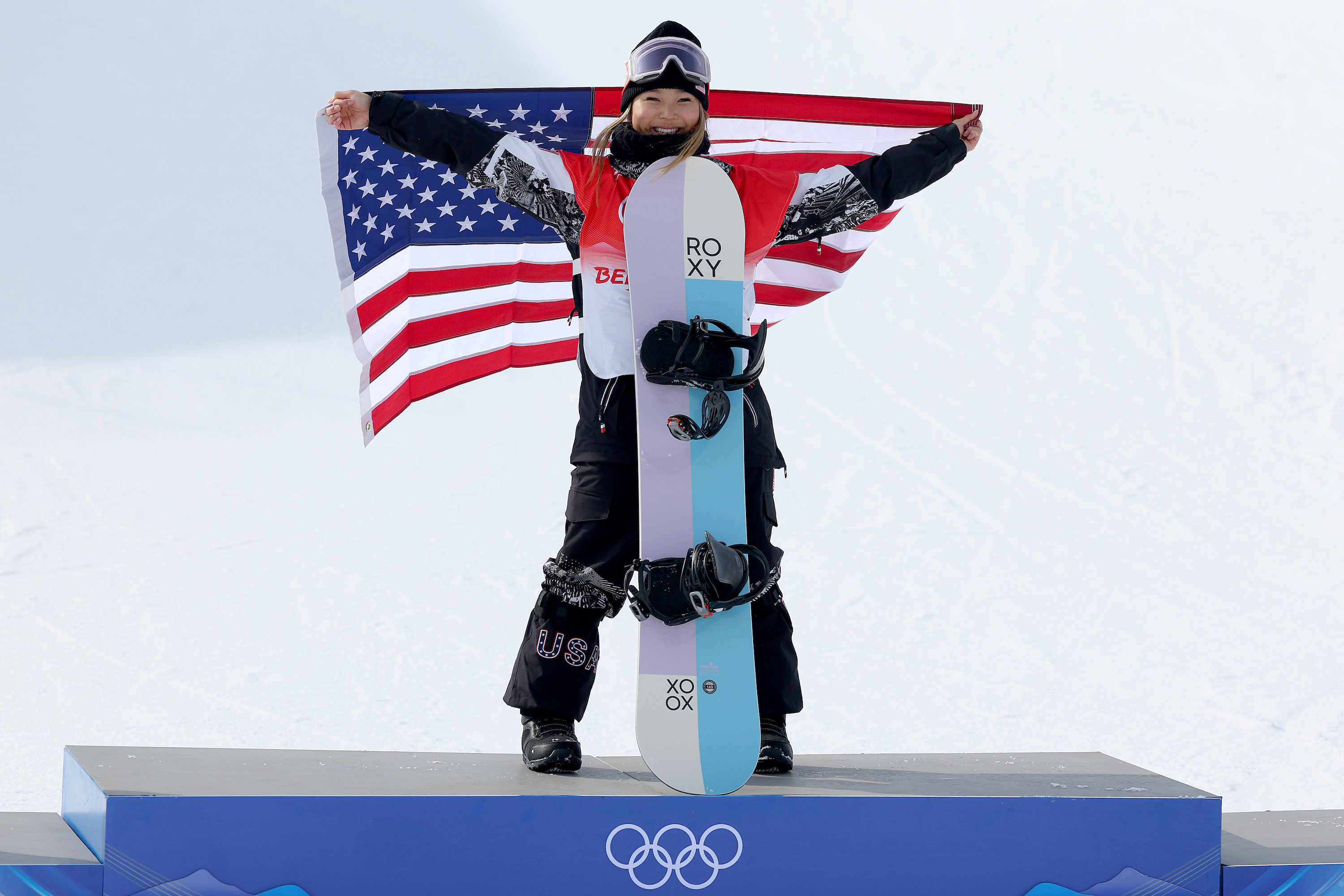 Kim stands atop the Olympic podium for the second time in her career.