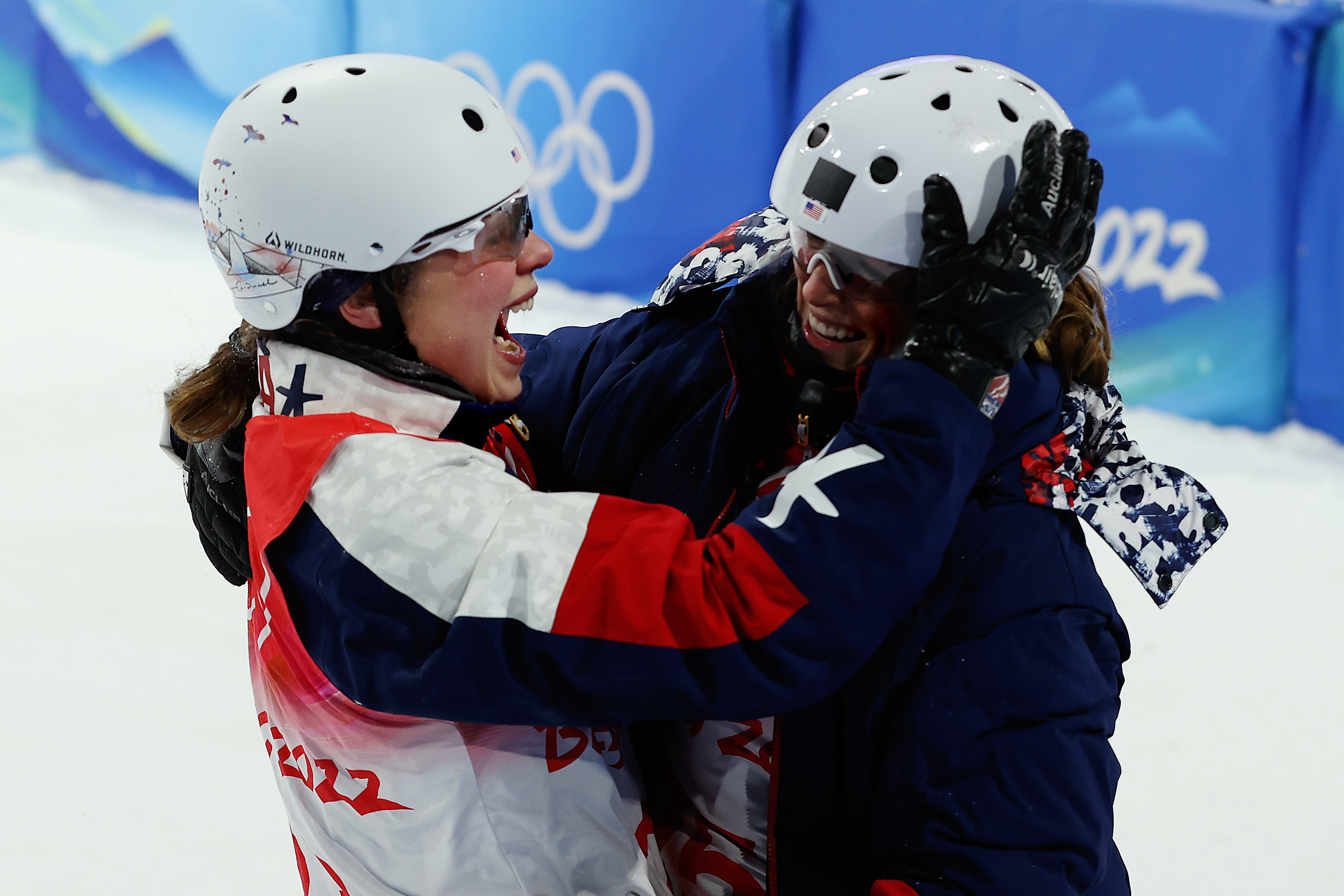 Ashley Caldwell and Megan Nick celebrate the moment they discover Nick will be taking home an Olympic Bronze, her career-first Olympic medal during the Women's Freestyle Skiing Aerials Final at Genting Snow Park on February 14, 2022, in Zhangjiakou, China. (Photo by Cameron Spencer/Getty Images)

Ashley Caldwell, Megan Nick, and Kaila Kuhn all moved forward from qualifiers to Final 1 of the women's aerials competition on Monday, Feb. 14., which led to Nick earning the bronze ahead of Caldwell in fourth. 17-year-old Kuhn ended the comp in 8th in her Olympic debut. Winter Vinecki finished 15th.

Competition piled up on Monday, Feb 14. for the women’s aerials team after an influx of snowy weather at Genting Snow Park delayed Sunday’s qualifiers. The pressure was on to show up and perform when qualifiers were pushed to take place before the final rounds. Athletes had two chances to qualify for finals, and if their best score landed them in the top 12, they would have another two opportunities to break into the top six and compete in Final 2 for an Olympic medal.

Nick managed to stay consistent in all five of her jumps throughout the evening to earn the first individual medal for a U.S. women’s aerialist since 1998 and a career-first Olympic medal for herself.

“It’s taken a long time to get to this level of jumping. I’ve had a lot of ups and downs, so I’m taking in every moment and feeling grateful that I made it here and was able to compete the way I wanted to,” said Nick. “I don’t have triples so I knew it had to be a nice triple twisting double so I’m stoked I was able to do that.”

In her best individual start, Caldwell advanced straight to finals, nailing a triple full in her first qualification run and earning her a score of 101.31. Then in Final 1, she threw a lay double full full that earned her a 103.92, and a triple full that earned 105.60, putting her the top seed heading into the medal round, where she would have one more opportunity to jump for her second gold medal of the Games

Unfortunately for Caldwell, she slapped back on the landing of her triple-twisting triple in Final 2, a trick she had nailed, not once, but twice, in Final 1.

Caldwell finished just off the podium in fourth, behind her teammate Nick, but that didn't stop her from joining the celebrations in the finish when the podium was named. Gold medalist Mengtao Xu, a close competitor and friend of Caldwell's, has been pushing triples in the sport alongside the 29-year-old American. Nick, who has viewed Caldwell as a role model throughout her career, finished in the top three in her Olympic debut.

"I respect what everyone does out here, I know how hard this is because I do it every single day. So I respect every single person out there and how hard they've worked and pushed. Why shouldn't I be excited at their success?" she added

It was really hard to watch Ashley Caldwell slap back because she’s been such a role model and she’s been jumping so well. And it was bittersweet to have her in fourth place. 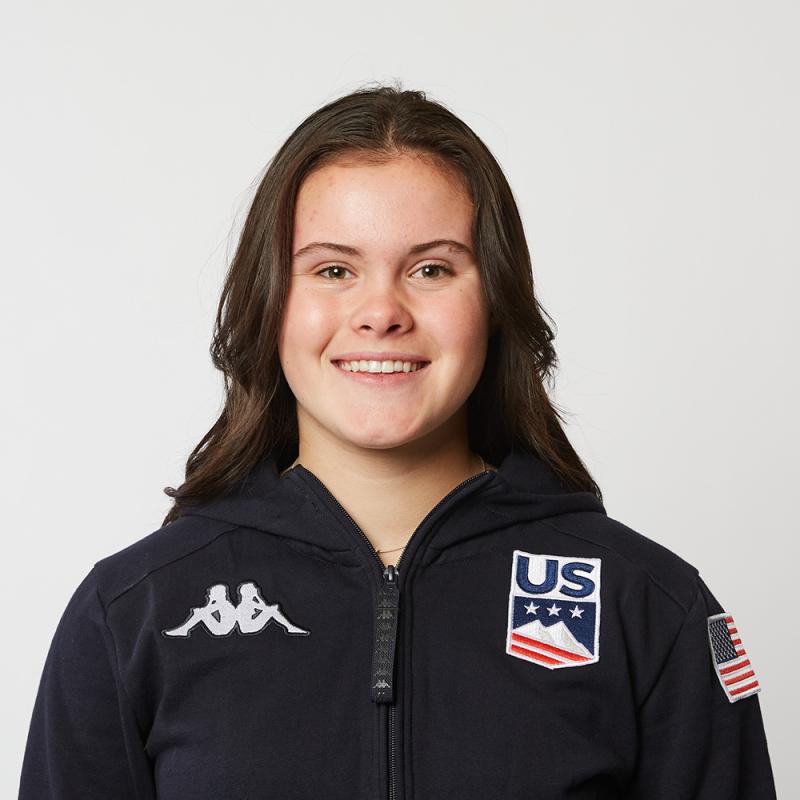 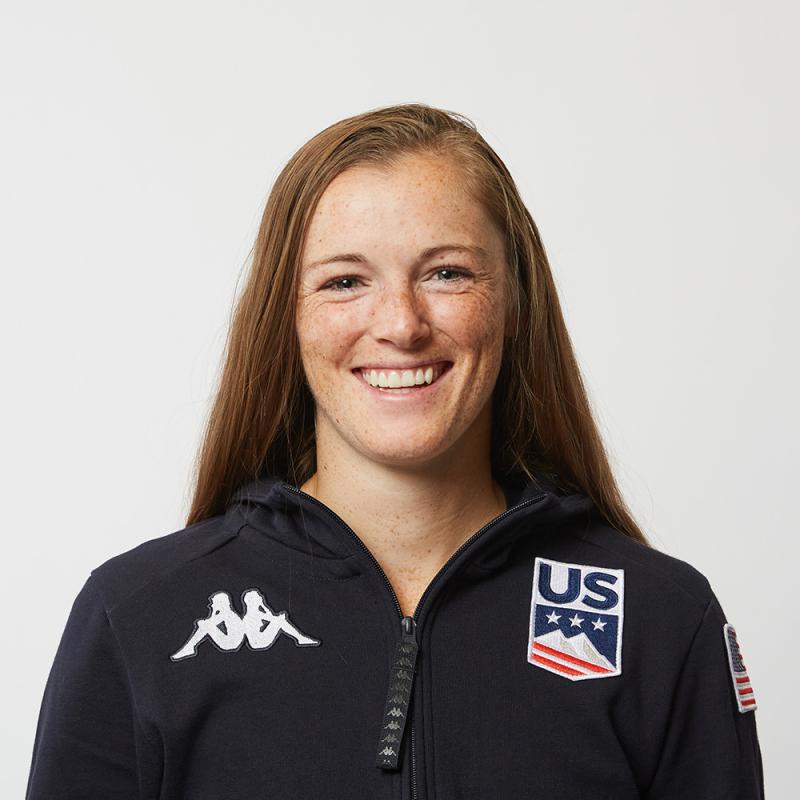 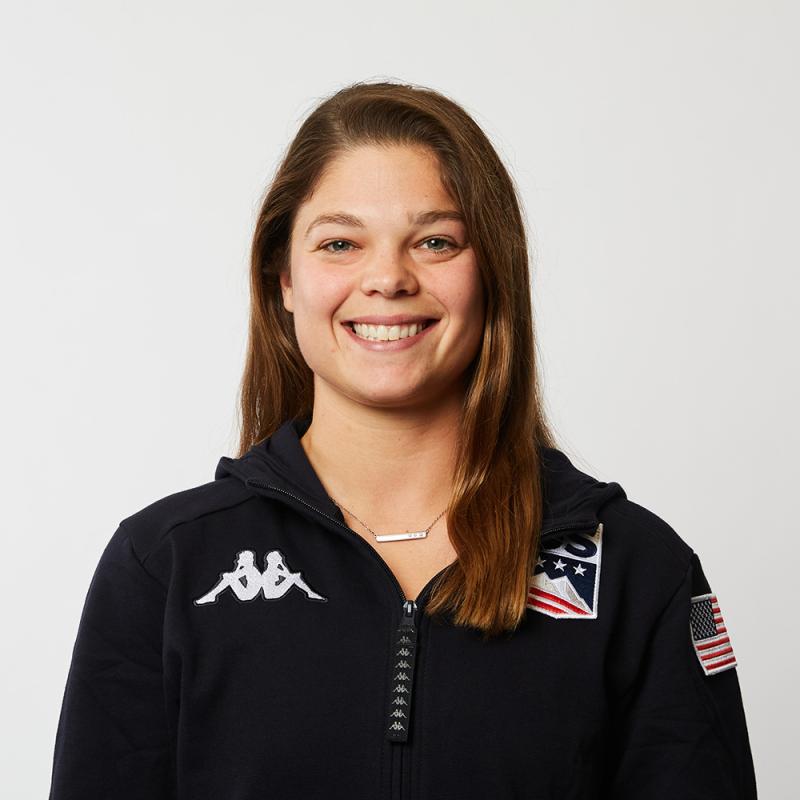