Lila Lapanja skied the fifth-fastest super-G run and the second-fastest slalom run to walk away with her career-first national title. (U.S. Ski & Snowboard)

The women were looking forward to the slalom portion of the U.S. Alpine Championships alpine combined on Tuesday after the weather forecast forced a schedule change in Aspen, Colo. Lila Lapanja skied the fifth-fastest super-G run and the second-fastest slalom run to walk away with her career-first national title.

The U.S. Alpine Championships alpine combined consists of one run of super-G—raced on Tuesday—with one run of slalom, which was set for Wednesday. Typically both runs are made in one day, but the weather forecast originally called for rain, which was concerning to the organizers. The weather was once again warm, and though immense efforts to salt the surface were made by both Aspen Highlands’ and Aspen Valley Ski & Snowboard Club’s (AVSC) teams, the surface was bumpy, challenging and—as many athletes put it—the snow was “dead” (a.k.a. unresponsive).

Rounding out the overall podium for the alpine combined was Team X Alpine’s Storm Klomhaus, a mere one-hundredth of a second off Lapanja, followed by Canada’s Kiara “Kiki” Alexander, 57 seconds back. For the junior podium, it was Alexander, followed by Land Rover U.S. Alpine Ski Team athlete Zoe Zimmermann in second, and Jackson Hole Ski & Snowboard Club’s (JHSSC) Sophia Tozzi in third.

Lapanja has stood on the U.S. Alpine Championships podium seven times before, but this was the first time she’s stood atop the podium, earning a national title. “I was super excited about the super-G because I wasn’t expecting that and I wanted to be within striking distance for slalom, and so to come down with that result yesterday was really exciting for me,” she reflected. “That was my best super-G result at U.S. Nationals as well. Then, I just tried to do what I know how to do in slalom, and keep it really simple.”

Coming back to Aspen Highlands, where Lapanja has previously had success, was the icing on the cake. “It’s always fun to race here at Highlands—I’ve had a couple of successful days here at Highlands, so there’s good energy on this hill for me. It’s really strange racing U.S. Nationals so late in the season, usually, at this point, we’re wrapping up, and to maintain the mental focus needed to go this long into the season after spending five months in Europe, required some patience on my part and some rest...lots of rest. I’m happy.” Lapanja will be skiing in both the giant slalom on Thursday as well as the slalom on Friday.

O’Brien, who won her eighth career national title in the super-G on Tuesday, was set up for her ninth national title before she got hung up in the soft, bumpy snow and straddled, DNFing. O’Brien’s teammate AJ Hurt, who was victorious in the FIS super-G on Tuesday, did not finish the slalom portion of the alpine combined on Wednesday. Klomhaus won the FIS alpine combined, with Canada’s Britt Richardson in second place, and Burke Mountain Academy’s (BMA) Ava Sunshine Jemison in third.

Up next for the women is the giant slalom on Thursday, followed by the slalom on Friday to wrap up the two-week series. 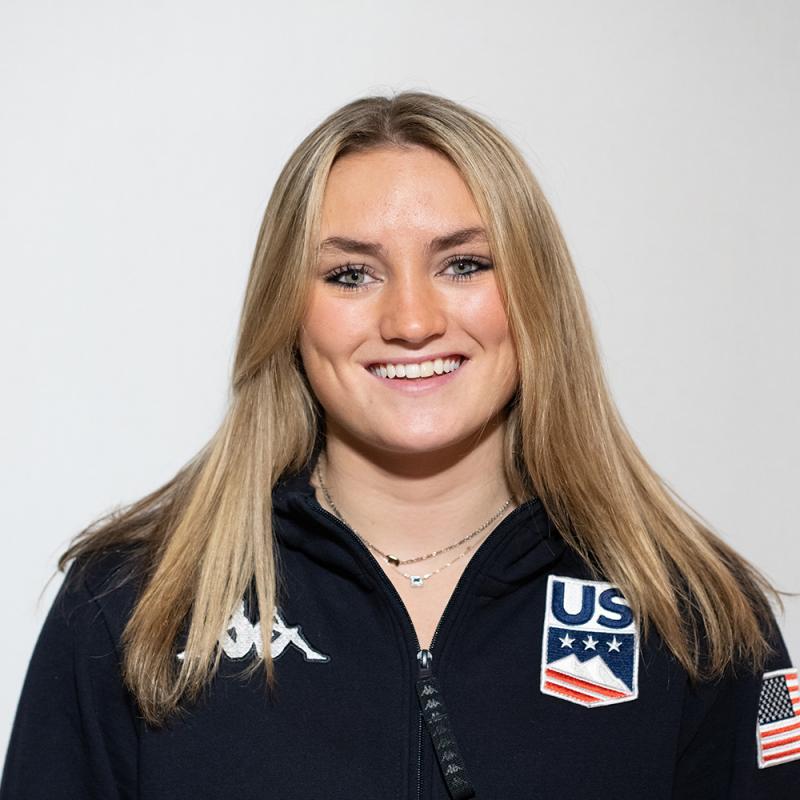