In the heart of Dresden at the Robotron Ski Arena along the banks of the Elbe River, the athletes faced two out and back laps on a narrow 650-meter long course that favored faster starters with little room to pass, but three high-speed corners made for some crash-filled excitement.

"The backdrop of the old city is spectacular and the fans were great," Sophie said. "Fourth is always a little bittersweet, but I try to take a step back and remind myself that fourth is still a really good day."

Both Sophie and Julia Kern qualified for the heats for the Davis U.S. Cross Country Ski Team, with Sophie in fourth and Julia in 15th. Sophia advanced in her opening quarterfinal heat. Julia was well-positioned in her quarterfinal heat, but on the second corner was forced to the outside due to a crash and was never able to regain contact with the leaders. Sophia advanced as one of the lucky losers in the fastest of the two semi-final heats that featured five of the top qualifiers.

In the women’s final, Sophie was boxed in and wasn’t able to get around Sweden’s Linn Svahn and Maja Hahlqvist who finished first and third. Slovenia’s Anamarija Lampic snuck in for second, while Sophie just missing the podium by 0.12 seconds. Julia finished 18th.

In the men’s race, three Americans led by Logan Hanneman in 21st, qualified for the heats. JC Schoonmaker, racing in his first career World Cup, skied an impressive qualifier, finishing 24th, and Kevin Bolger was 28th. While none of the three Americans advanced past the quarterfinal round, they continued to build momentum as a team heading into the latter part of the season and the upcoming U.S. World Cup sprint March 17th in Minneapolis.

"It was really cool to have all of our starters qualify and our junior, JC, qualify in his first-ever World Cup," Sophie added. "We’ve also had the nordic Paralympic team here working with us and competing this weekend, and that has been really fun for us and we hope the joint event will continue in the future!"

Up next, Julia and Sophie will team up for the relay on Sunday, with Julia skiing the opening leg. For the men, JC and Kevin will team up. Julia Kern led her opening quarterfinal heat before she was forced to ski around a crash. (www.nordicfocus.com. © Thibaut/NordicFocus) 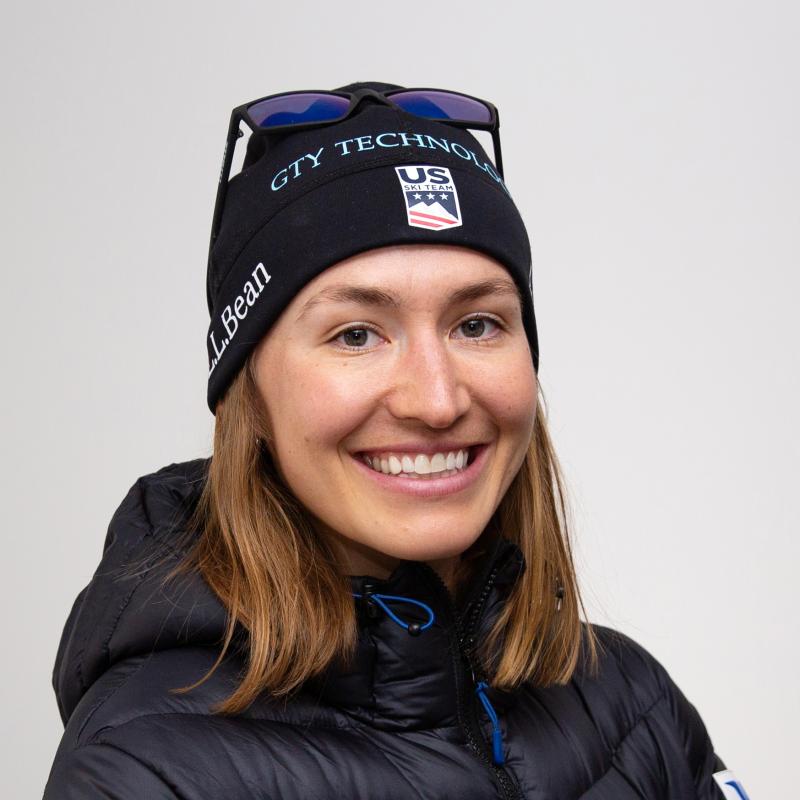