The end of the 2018-19 competition season brought significant change to the U.S. Freeski and Snowboard teams’ staff. U.S. Freeski Slopestyle/Big Air Pro Team Coach D.J. Montigny and Snowboardcross Coach Jeff Archibald are stepping down after incredibly successful careers with the national team. Archibald was with the organization for 17 years and Montigny for seven. Although they will no longer be coaching athletes to the podium, their hard work, wisdom, and guidance will leave a lasting impact on the organization as a whole.

“Jeff and D.J. are amazing coaches that set an incredibly high standard in their positions,” said U.S. Snowboard and Freeski Director Jeremy Forster. "Both were instrumental in developing their respective programs and establishing the high level of success each program has enjoyed during their time with U.S. Ski & Snowboard. We are excited that Dave Euler is moving up to Coach with the Pro Slopestyle/Big Air Freeski Team and work with Head Coach Skogen Sprang.”

Known around the organization as one of the nicest people you will ever meet, Montigny brought much more to the table than just a great personality and knowledge of the sport. His ability to instill confidence in athletes of all levels was second to none.

“D.J. always had a positive attitude and loved doing his job,” said Head Pro Freeski Slopestyle Team Coach Skogen Sprang. “I’ve worked with him for the last seven years and he will be greatly missed. His enthusiasm was contagious, he loved the sport, and would do anything to help an athlete out. He has had to make a tough decision to take care of his family and I can respect that 100%. I wish him the best, and hopefully, he can stay involved with the sport from his new location. I know he’ll be following the team very closely rooting us on as much as always!”

Sprang is not the only representative at U.S. Ski & Snowboard that will miss Montigny’s presence on the snow.

“I met D.J. when I was 13 years old at U.S. Ski & Snowboard Project Gold Camp back in 2012,” said X Games gold medalist Maggie Voisin (Whitefish, Mont.). “Little did I know that D.J. would eventually become one of the main reasons that I am skiing at the level I am today. He’s believed in me since day one, he’s pushed me through my good and bad days, and he’s always been the one standing at the top of the slope course for every one of my career highlights. I’ve always known that no matter what, D.J. believed in me, even when I didn’t believe in myself. Not only was he an incredible tactical coach, but he knew all of his athletes mentally unlike any coach I’ve ever worked with. Nothing I can say will thank him enough for the coach and person he’s been in my career and life. I really couldn’t have found the success I have today without him and wouldn’t have wanted any other coach by my side. I can’t express how lucky this team was to have had a coach like D.J. He’s done so many amazing things for this team and I know he will be missed greatly by us all.”

With a new baby boy joining the Montigny family only a few months ago, D.J. will focus on his family and spending more time at home. The rigors of an international travel schedule are a significant challenge when trying to balance work and family. Montigny will be moving back east and focusing on being the best husband and father he can be, a task that he will undoubtedly succeed. Fortunately, Montigny is walking away from U.S. Ski & Snowboard with a memory bank full of milestones he will never forget.

“I have to say one of the best parts of the job was when an athlete did something every day that made you say ‘Wow!’” said Montigny. “The women and men on the team are so good at what they do and to be a part of that was absolutely amazing. Some of my favorite memories would have to be coaching the Olympic Teams in 2014 and 2018, and of course, all of the X Games that I was able to attend. Seeing athletes win medals, and to achieve success at such high-level events is exciting to watch, and such a huge achievement for them. I was able to see a lot of cool tricks go down, and a lot of innovation happen in person. But watching some of the women work so hard last season to put doubles to snow, and then push the sport by landing them in competition was one of the biggest highlights of my career."

Meanwhile, over at snowboardcross, Archibald capped off his nearly two-decade run with U.S. Ski & Snowboard with one of the most successful seasons yet, including two unforgettable victories. Mick Dierdorff (Steamboat Springs, Colo.) earned his first-ever international competition victory, winning the snowboardcross title at the 2019 FIS World Championships at Solitude Mountain Resort. Dierdorff became the first American man to win a snowboardcross World Championship title in 14 years. He then teamed up with Jacobellis to take gold in the new mixed team snowboardcross event, which will make its Olympic debut in 2022.

Dierdorff was unaware Archibald would be stepping down after the season, which made what they accomplished together extremely timely and memorable.

“I actually didn’t know it was going to be his last season with the team,” said Dierdorff. “Because I didn’t know at the World Champs, It was almost more of an afterthought how special it really was to have the opportunity to work with Arch. When I got the email from Arch and found out he was leaving, it was a major bummer, but also at the same time, super cool to realize we shared such a special experience together in his last season at World Championships. It’s so sweet that everything culminated in his final year after working so hard together for five years.”

Archibald confirmed that the team’s success at World Championships will be something he will never forget.

“The team event is special,” said Archibald. “Snowboardcross is an individual sport and when the athletes get a chance to work as a team, they really embrace it. I knew I was stepping down at the end of the season, so to see Mick and Lindsey win the inaugural World Championships event on home turf in my hometown was amazing! My wife and kids were able to be there, which made it even more meaningful. I couldn’t have scripted a better way to end it.”

The 2019 FIS World Championships was just the cherry on top of a long and successful career for Archibald. When he started with the team in 2005, snowboardcross was still fairly new. Archibald, along with a talented group of riders, was able to innovate at a rapid pace with course designs, techniques, and training methods. This culture of innovation and progress continued until the end of his career. Dierdorff shared his thoughts on training with Archibald throughout his tenure with the U.S. Snowboardcross Team.

“Before I was even on the U.S. Snowboardcross Team, I knew Arch and Foley represented the top level of my sport. It quickly became my goal to be coached by that group of guys. Everything changed when I finally got the results and made the team and the full culture of joining their program of training and competing became a reality. I immediately started doing so many activities with Arch, whether it was mountain biking, skateboarding, rock climbing or working on skills in the gym at the Center of Excellence. Jeff was so good at thinking outside the box and getting us to apply different skills to help improve our performance. It’s not just about the riding or standard things you would imagine, he definitely took it to the next level. For me, Arch helped me overcome mental barriers I never thought possible. I can say with no doubt he opened me up mentally and taught me how to really push myself. I will always be grateful for that. ”

“I first met Jeff when he was an athlete on a team I was coaching before the U.S. Snowboard Team existed,” said Head Snowboardcross Coach Peter Foley. “A few years after his retirement as an athlete, I hired him to coach the U.S. Alpine Snowboard Team and then as a coach of the boardercross team. He has been instrumental in the success we’ve had over the years and has done amazing things with this team. He is an incredible student of the game of boardercross and of sport in general. He has educated himself relentlessly about ways to make each one of our athletes better, mentally physically, tactically, and technically while searching for and creating innovation to keep us ahead of the world. On top of all that he is one of the best people you could ever have as a friend.”

Archibald did not just find success on snow, but he and Foley were instrumental in applying cutting edge discipline specific sport science to the snowboardcross training program. From utilizing new training technology to strategically planning their training camp and competition schedule, Archibald’s positive influence on and off the snow is undeniable and certainly will be missed. The search for his replacement is still underway.

Like Montigny, stepping down from coaching was a very difficult decision, but one with family and time at home on the top of mind. Archibald describes it as one of the hardest decisions he’s ever had to make. Whatever is next for Montigny and Archibald, the U.S. Ski & Snowboard community can vouch that they will give it their full dedication and strive for success. 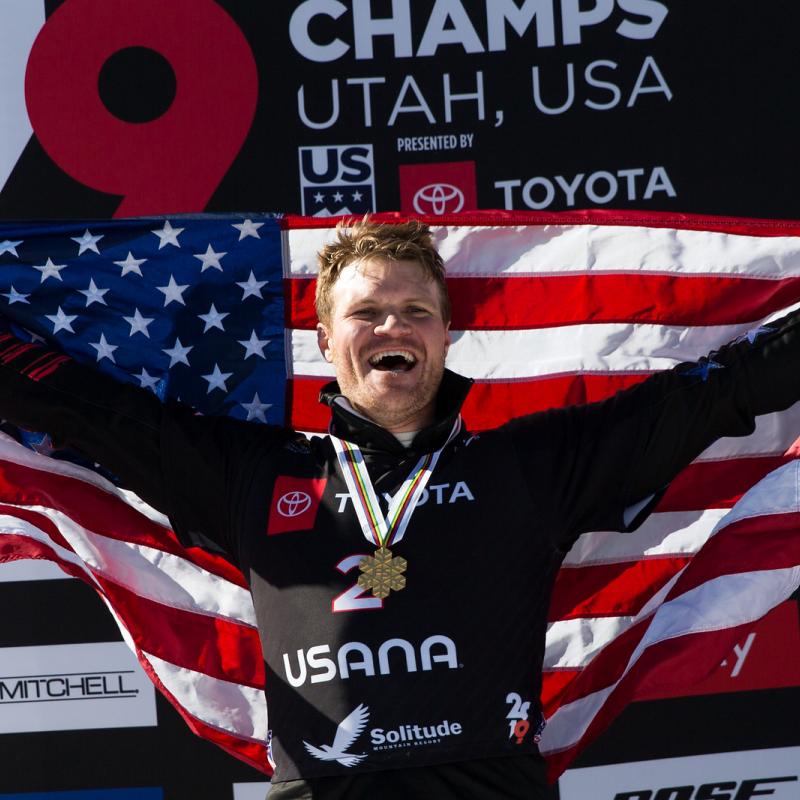