Two-time Olympic champion and six-time world champion Mikaela Shiffrin was third in Friday’s slalom to lead three Americans into the top-25 at Are, Sweden, despite a massive mistake and big recovery. Paula Moltzan matched her career-best FIS Ski World Cup result, with ninth.

Slovakia’s Petra Vlhova, who was second to Shiffrin in last weekend’s slalom on her home turf in Jasna, showed super strong and solid skiing to ski into first the first run, .41 seconds ahead of Shiffrin. Austria’s Katharina Liensberger was the third-fastest in the first run. Second run, Vlhova handled the warmer, softer conditions well and skied to the victory, with Liensberger in second place, and Shiffrin rounding out the podium in third, despite an error and recovery second run. Despite her mistake, Shiffrin was happy with her skiing.

“It was a big fight,” Shiffrin reflected after her run. “I’m pretty excited with the feeling I had...I was pushing and had a scary moment, and stayed in the course but also pushed forward more, and I’m pretty happy with it actually. I mean, yeah, I didn’t win, but I felt some really good, powerful skiing...some really good turns...and in tricky conditions. I’ll learn from this mistake, but I did that because I was pushing and I’m proud of that.”

Shiffrin, who is known for her perfect turns and rarely making mistakes, was stoked about her run and the risks she took. “I was in this attitude like ‘really aggressive’ and then that happened and I almost couldn’t stay in the course and when I finally got it back together I was like, ‘Oh my gosh! Keep pushing!!’ Shiffrin commented. “I used to be pretty good at having small mistakes and still keep going with the speed, and not getting scared because of it...and I felt that this run that I was still going. So, it was a really good thing to feel, and I haven’t really done that yet this year. It’s nice to be fast when you have a perfect run, but it’s better for me to also feel like you can also be fast even if you’re not totally on point but you have the right attitude, so it was a good thing.”

Moltzan, who turned in the 15th-fastest first run, had the seventh-fastest second run to end up ninth—to match her career-best. For the first time in her career, she will be starting in the top-15 on Saturday. Nina O’Brien finished 22nd on the day, which is her second-best result in slalom of the season.

In the race for the slalom globe, Shiffrin is now a mere 85 points behind Vlhova (580 points), with 495 points. Liensberger is on Shiffrin’s heels with 490 points, with two World Cup races to go on the calendar. With her victory on Friday, Vlhova has taken the lead in the World Cup overall standings by 64 points, with 1,320 points to Switzerland’s Lara Gut-Behrami 1,256 points.

Shiffrin took time to praise Vlhova’s skiing, and also reflected on how she can learn from her rival’s skiing. “Petra is skiing totally on point, and you could see it both runs today,” she added. “And she handled the conditions in the first run and second run well, especially the second run, she was managing it well and when I watch her I’m like, ‘Ok, what’s her discipline like, and how high of a level she is compared to everyone else, and how much can I raise my level to get closer to that?’”

Up next for the women is another slalom on Saturday to wrap the tech series before World Cup Finals in Lenzerheide, Switzerland. Shiffrin Third in Are Slalom 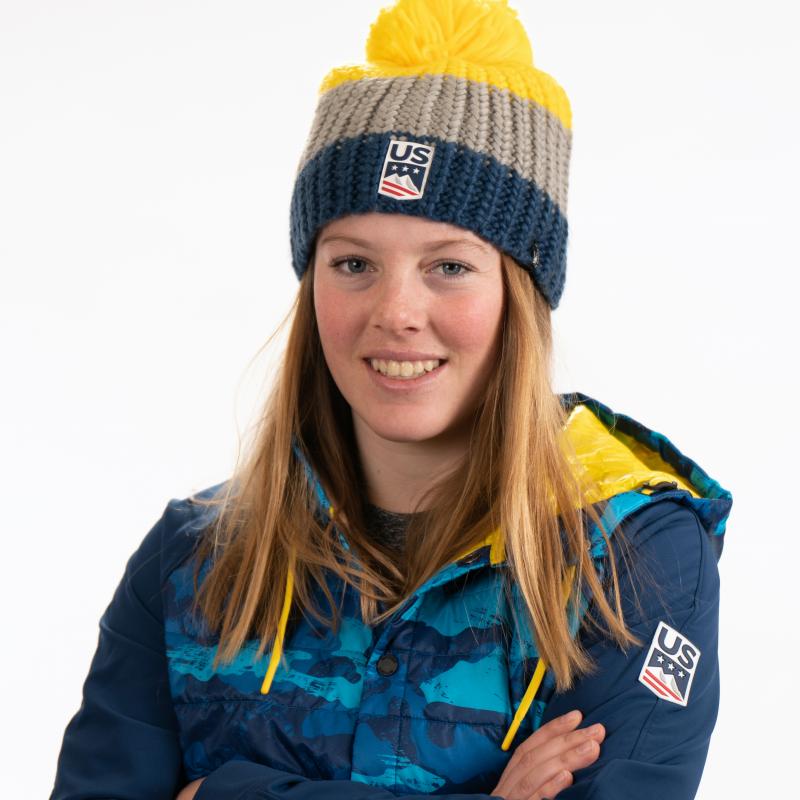